Our solar system consists of course our sun, also called Sol. Our sun is a normal yellow star that was created about 4.5 billion years ago from a large gas cloud, containing Hydrogen (75%), Helium (25%) and many heavier atoms, such as Iron, Silicon, Oxygen. All planets orbit our sun in an almost circular orbit. Moons orbit planets. In addition to these planets, astroids, dwarf planets and comets revolve around the sun in belts. Pluto used to be a planet, but it has been degraded to a dwarf planet. At the same time as our sun, the planets originated from the sun. 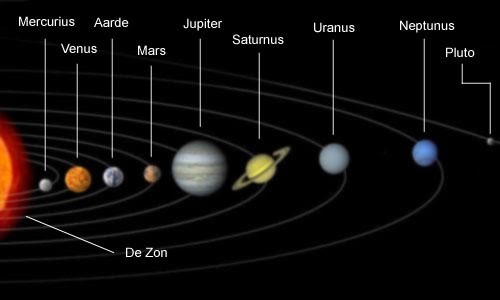