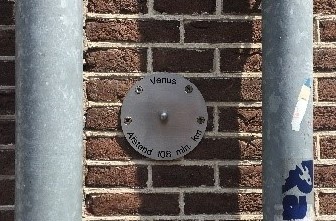 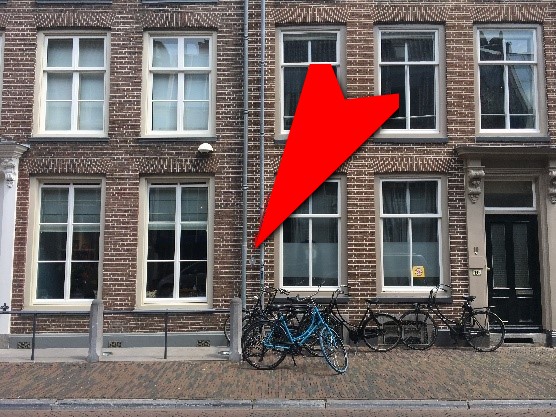 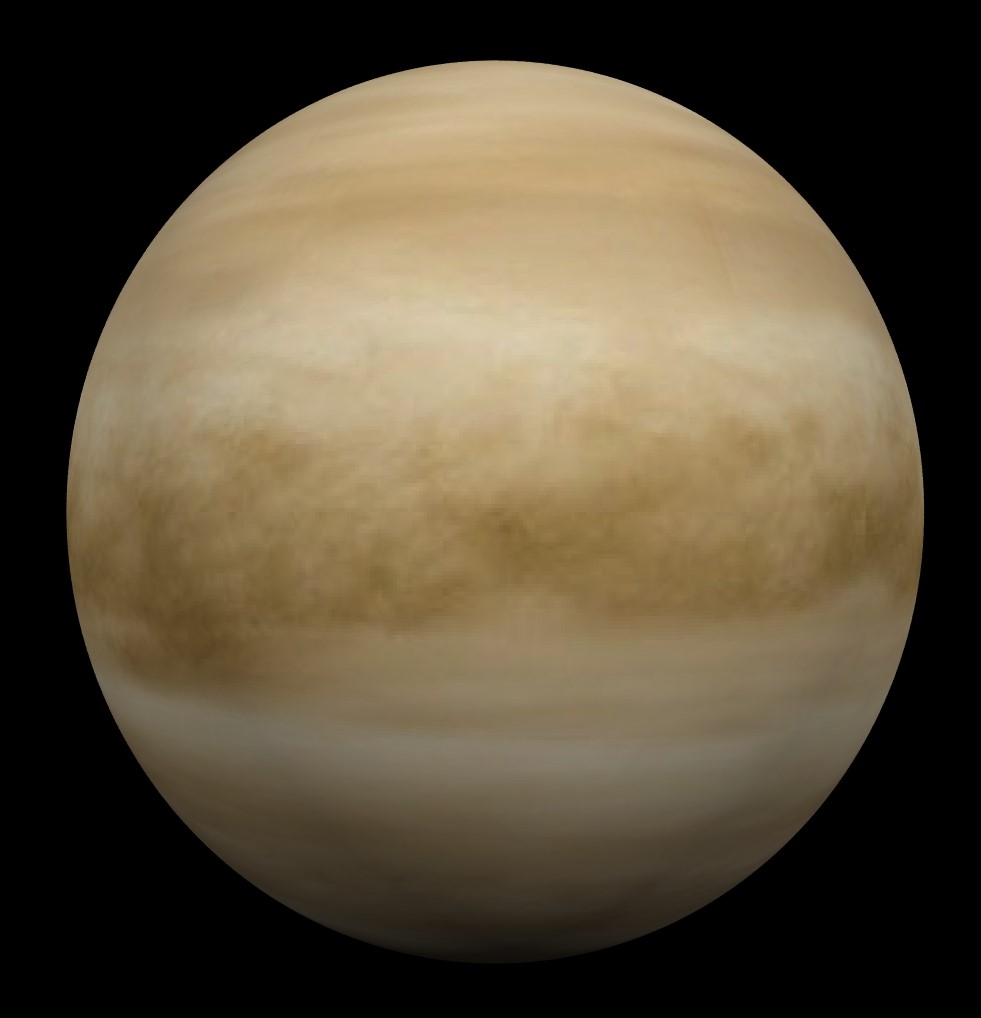 Venus is Earth’s sister, also a rock planet. They are about the same size and weight, but Venus has a very dense cloud cover of CO2, sulfur gases and nitrogen. The pressure is 92 higher than on Earth. Because of all that gas, the surface of Venus is red hot, 500 C. The Russians have only managed to land on Venus a few times. Those spacecraft were quickly crushed and melted. However, a photo of the surface has been taken. 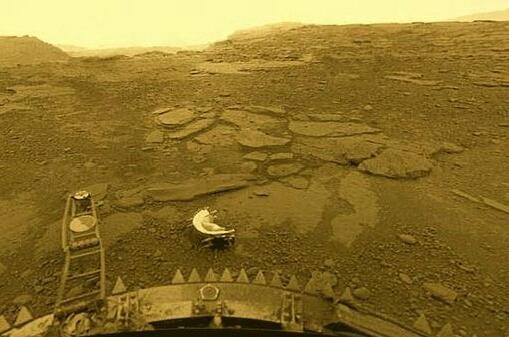 Surface of Venus made by radar measurements: 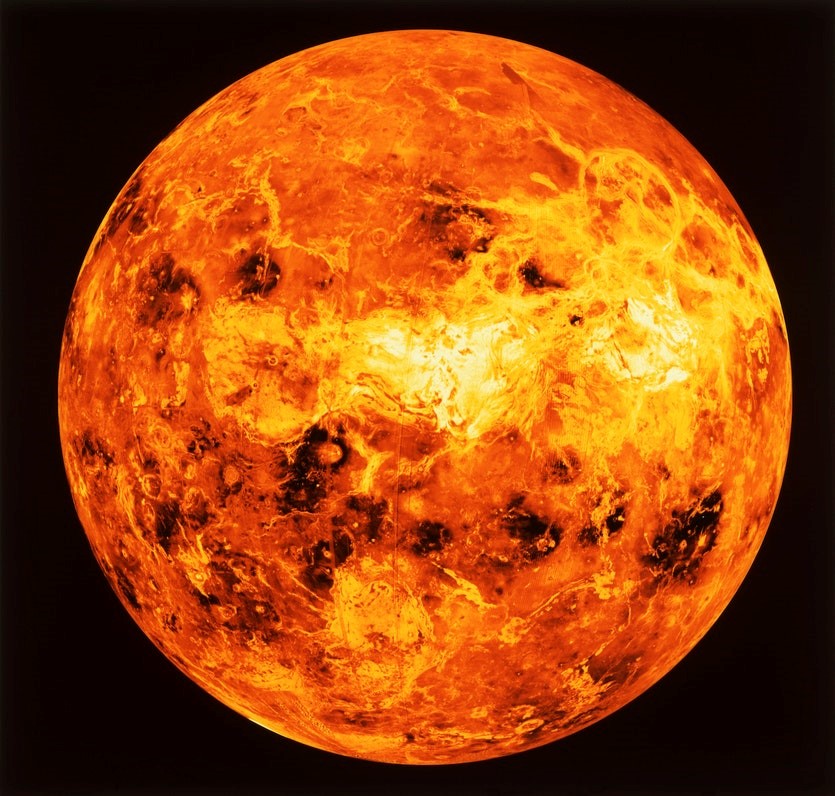 Now continue in the Korte Nieuwstraat, but cross. Find the Earth and Moon on the right

to Mercure
to Earth