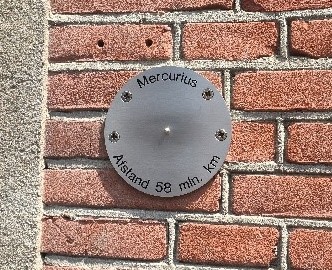 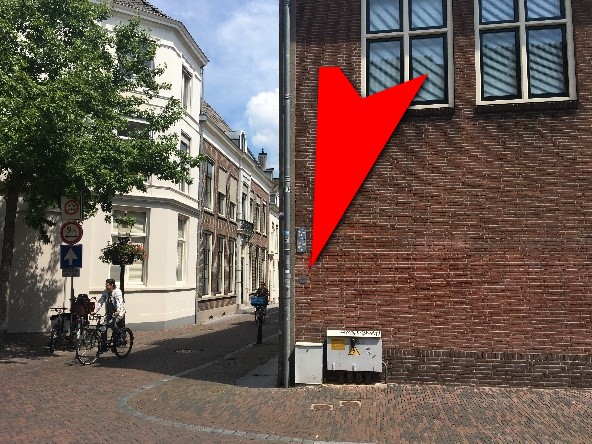 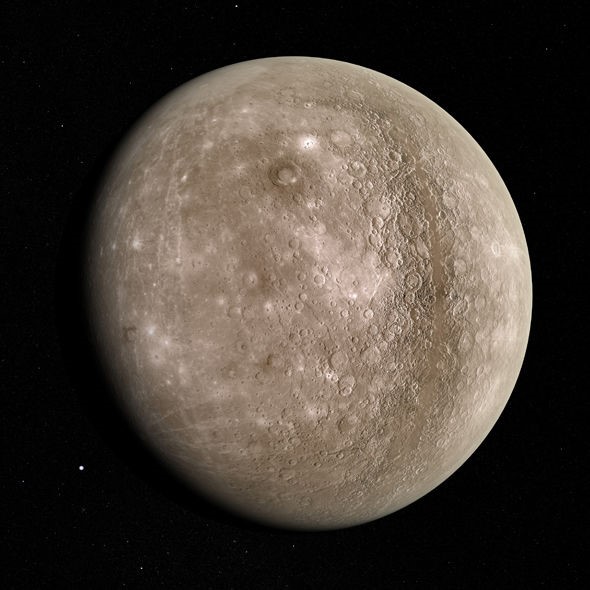 Mercury is the smallest rock planet in our solar system (4878 km in diameter, over 1/3 of the Earth). The core of the planet cools down quickly, causing the planet to shrink slowly. A 24-hour period lasts 58 days. This makes the day side very warm (426 C) and night side very cold (-173 C). Mercury has no atmosphere. It is blown away by the sun. The orbit of Mercury varies between 46 and 70 million km and the deviations in the orbit are explained by the fact that time varies according to Einstein’s theory of relativity. Mercury has no moon. In 2011 the satellite visited Mercury. In 2025 the partly Dutch satellite BepiColombo Mercurius will arrive for further research. Mercury can sometimes be seen with the naked eye, but always very close to the sun. Therefore only to be seen just before sunrise or just after sunset.

Walk a little on the left sidewalk and look for Venus.

to the Sun
BepiColombo
to Venus